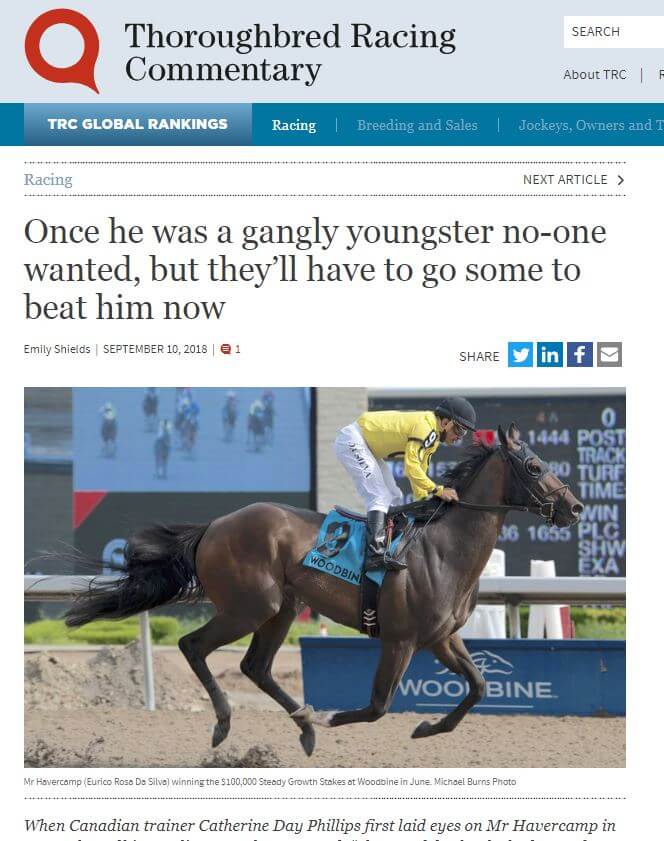 Once he was a gangly youngster no-one wanted, but they’ll have to go some to beat him now

When Canadian trainer Catherine Day Phillips first laid eyes on Mr Havercamp in September of his yearling year, he appeared, “Short and fat, but he had a good walk. I didn’t mind him.”

Fast forward three years and Mr Havercamp will be one of the favorites for the $800,000 G1 Ricoh Woodbine Mile this Saturday (September 15). The field for the race is taking shape with local Canadian challengers facing both American and other international hopefuls, but Mr Havercamp would be a popular choice. He has come a long way since his early impressions as an immature youngster.

In 2015, breeders Sean and Dorothy Fitzhenry brought two Ontario-bred yearling colts to the Fasig-Tipton Kentucky Fall Yearling Sale. The horse they were high on was Diamonds And Roses, a son of Flower Alley, who justified the hype by bringing a bid of $47,000. He has gone on to win once in 14 starts.