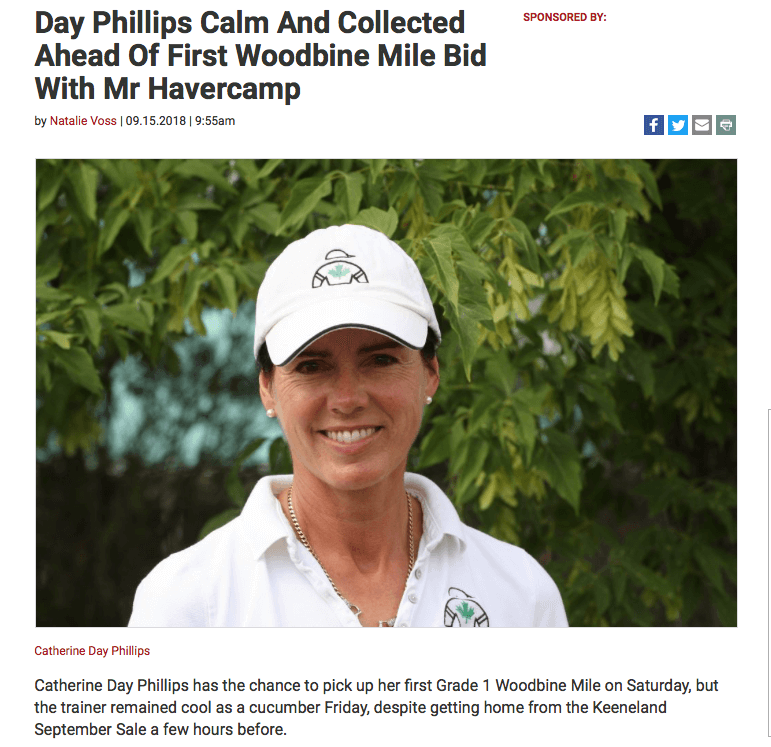 Catherine Day Phillips has the chance to pick up her first Grade 1 Woodbine Mile on Saturday, but the trainer remained cool as a cucumber Friday, despite getting home from the Keeneland September Sale a few hours before.

“Every race is a big race, to be honest,” she said. “Every race we run in, a lot goes into it and it’s the same with the Mile, obviously. I’ve had a lot of pressure-filled moments and I just focus on our job to get him there the best we can. Having said that, I’ve had about three hours’ sleep.”

Mr Havercamp, who is a homebred for owners Sean and Dorothy Fitzhenry, comes to the Mile from a win in the G2 Play The King, one of the four races which make up a perfect record on the Woodbine turf course. Day Phillips has seen steady improvement from the gelding, who didn’t launch his career until July of last year.