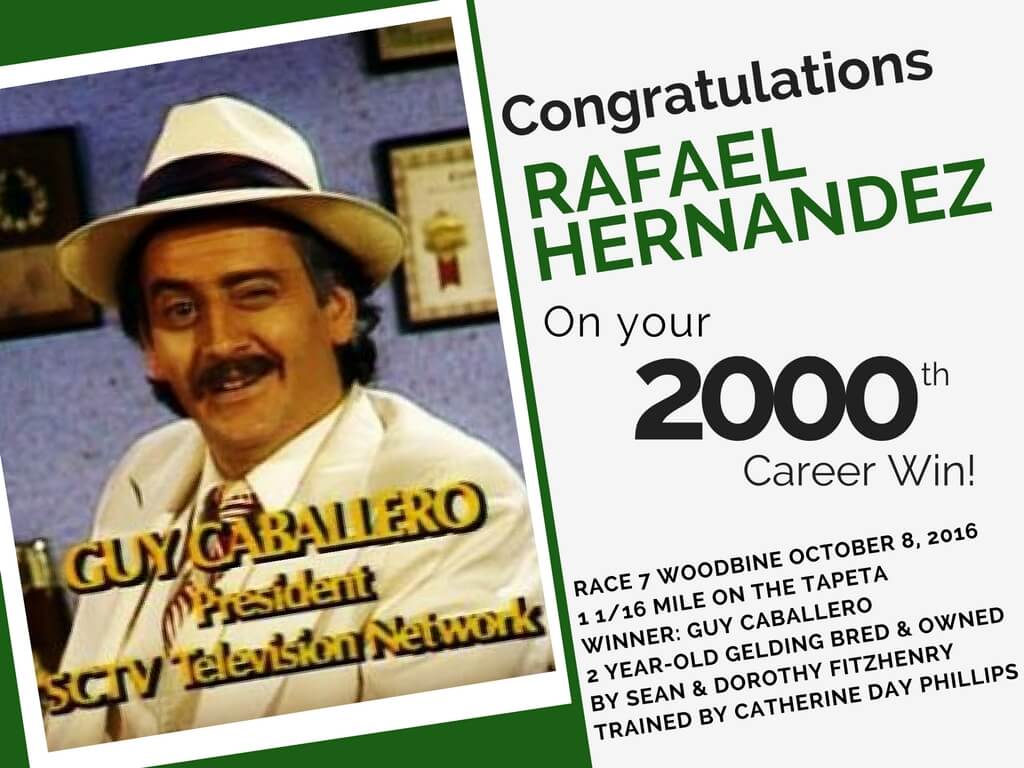 Sean and Dorothy’s homebred two year-old Guy Caballero skimmed the rail to win by a head in the seventh race, a Maiden Allowance going 1 1/16th mile on the Tapeta today at Woodbine.

Taken off the turf the son of Quality Road – Dixie Chicken, by Rahy took to the Tapeta sitting off the pace before surging along the rail in late stretch to win by a head in his second lifetime start.

The win provided jockey Rafael Hernandez with his 2000th career win and made it two wins in a row in trainer Catherine Day Phillips.

Catherine will be sending out Watch Me Strut in the fifth race at Woodbine tomorrow, October 9 as well as the Fitzhenry’s Talk and Suspicion and Doug Anderson and Rita Eskudt’s Flashinthepants in Race 2 on Wednesday, October 12.