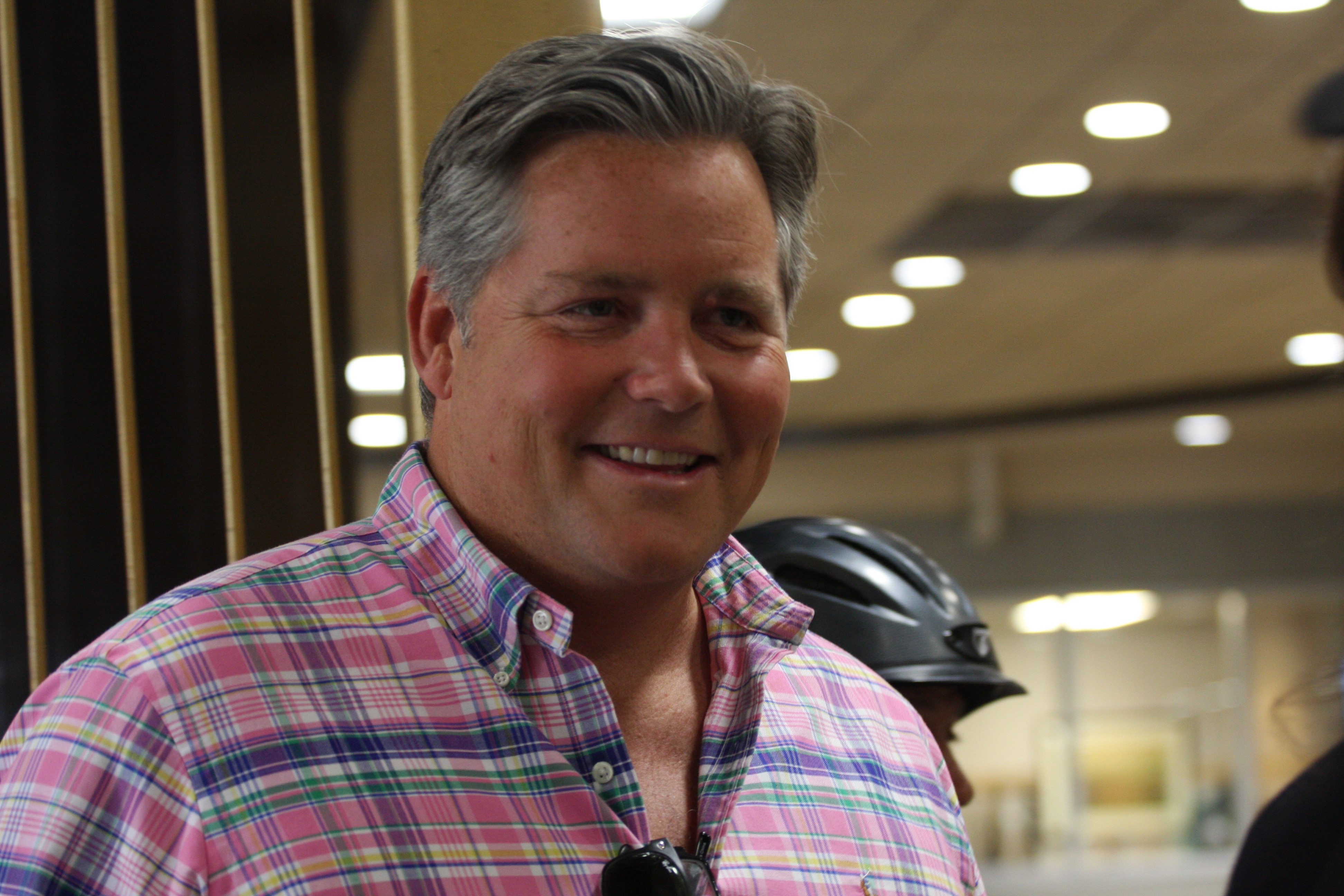 The figure of speech ‘born into the business’ is often used metaphorically however for David Anderson he cannot remember a day that he did not eat, sleep, and breathe every aspect of the horse racing game.

David was less than a year old when his late father Robert (Bob) Anderson bought and moved his family to the sprawling acreage in St. Thomas that would become one of the most prominent breeding farms in racing, Anderson Farms Ontario Inc.

In its prime, the 1350 acre farm was home to 375 Thoroughbred mares, weanlings and yearlings and David, having grown up in this thriving environment naturally developed a love and a passion for the horse business.

In early 2000, David ran the highly successful Standardbred division of Anderson Farms Ontario Inc. until his father passed away in late 2010 and the decision was made to refocus on the Thoroughbreds. Today with 25 mares on 240 acres, Anderson Farms is a robust commercial breeding operation selling 20 or more yearlings a year at the local and major US sales.

David will occasionally keep one or two horses to race, mainly in partnerships which he admits is an exciting and fun way to get to know people. Such was the case with Stakes winner, Get Rhythm, bred by Anderson Farms and Marette Farell, David raced the filly with partners Sean Fitzhenry, Kingview Farms and John Fielding and sold her at auction in foal to Bodemeister for $95,000 at Kenneland November 2016.

Since then, Anderson Farms Ontario, Inc. has partnered with several different owners, some of whom were already in the business as well as bringing in new owners to get in on the excitement.

The filly Artilena  (bred by Anderson Farms Ontario, Inc. in partnership with Marette Farrell) was a two time winner with two seconds which included a win in the 2018 Ontario Lassie Stakes at Woodbine.  The filly was retired in 2019 with earnings of $161,090 for the partnership of George Ledson, Braconcrest Inc. Anderson Farms Ontario Inc. and Catherine Day Phillips’s Kingfield Racing Stable, Ltd.

The now four year old gelding, Keep On Truckin’, made an impressive debut when winning his first two starts as a s two year old in 2019 by a combined 19 lengths (breaking his maiden winning by 11-3/4 lengths followed by a 7-3/4 length win in the Clarendon Stakes).  He was sidelined by an injury after competing in the 2019 Grade 1 Summer Stakes and is back in 2021 currently recording regular works at Woodbine.  Keep On Truckin’ is owned in partnership with  George Ledson and his son Brian and Anderson Farms Ontario, Inc. and has earnings of $107,950 to date.  Keep On Truckin’ was bred by Tim Meeuse & Arika Everatt-Meeuse.

Bay gelding, Holyfield, bred by Anderson Farms Ontario, Inc. and Rod Ferguson, competed in the 2020 Queen’s Plate after breaking his maiden weeks before.  He made his first start of the 2021 season finishing fifth in an Allowance race on opening weekend June 13.  Owned in partnership with George Ledson, Roderick Ferguson and Kingfield Racing Stable, Holyfield has earnings of $85,419 to date.

Another talented runner was the filly (named for his wife Katie) Katie Baby, a multiple Graded Stakes Placed winner of $179,800 who was owned solely by David.  Katie Baby finished top three in seven of her eight lifetime starts (2 wins – 3 seconds – 2 thirds). The now six year old Curlin mare gave birth to  her first foal in 2021.

The refocusing of Anderson Farms Ontario, Inc.’s  breeding operations has also begun to show tremendous success.  Anderson Farms Ontario, Inc. is the breeder of two time Champion and 2018 Horse of the Year, Wonder Gadot (winner of the 2018 Queen’s Plate).  Her broodmare, Loving Vindication also received the lifetime achievement award for Outstanding Broodmare in 2018.  Hard Not to Love, the 2016 half sibling of Wonder Gadot, was also a shining star winning multiple Graded Stakes at Santa Anita and earning more than $550,000.

David regards trainer Catherine Day Phillips as Woodbine’s best kept secret revealing that her success derives from her generations of experience, her knowing how to pick out and buy quality racehorses, her giving the horses the time they need to develop along with her hard work and dedication.

“Catherine picks out the horses herself working on a limited budget and she has been successful. The big players aren’t dominate anymore like they were in the past. This gives the little guy a lot more opportunity to win these big races. With more of a level playing field it’s a good time to be in the sport.” – David Anderson, part owner of 2016 Woodbine Oaks winner, Neshama