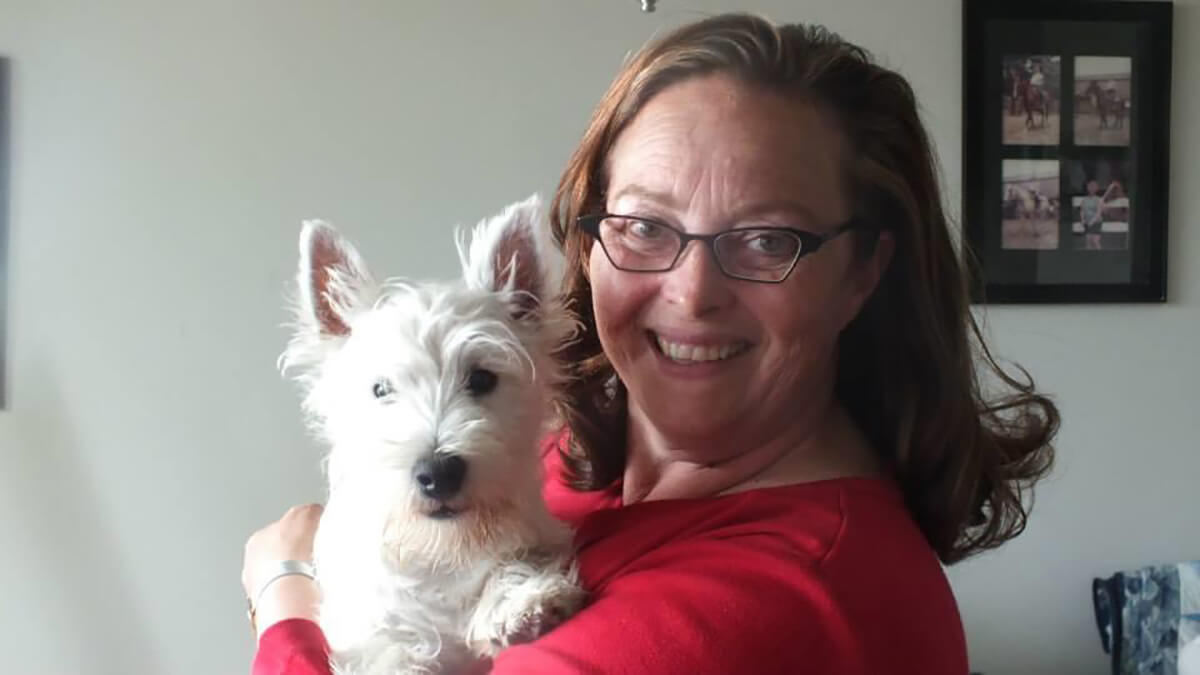 It has been 26 years since Lindy Barrow posed with her family in the winner’s circle at Woodbine. Back then, the daughter of the late Helen Gardiner was no stranger to the racetrack and she certainly knew her way around the breeding barns at her stepfather’s Gardiner Farms in Caledon East.

“The reason I bought the first broodmare (Dance in the Snow, by Seeking the Gold) was to help prove Reload. I thought I’ll have the one broodmare and play with her a bit.” Shared Lindy, who then laughed as she went on to mention all the other horses that are now in her name.

Lindy is part owner of the 4 year-old Reload filly Princess Lannister who is working toward her first career start at Woodbine.

The first foal out of her mare is the 3 year old gelding, Blast in The Snow.  Trained by Catherine Day Phillips, Blast in the Snow actually finished first in his career debut at Woodbine on July 9, 2021, however, after posing for the win photo, the inquiry sign was posted which resulted in the gelding being regulated to second for interference down the stretch.

While this wouldn’t have been her first win as an owner (4 year-old James Bay, owned in a partnership, was a winner June 20, 2021) this would have been the first win with a horse running in her own silks.  “It is certainly different when it is one of your own,” remarked Lindy who went on to mention that Catherine Day Phillips helped her get her silks in her mother’s personal pink, blue and white colours. “We are hopefully going to have some fun with Blast in the Snow.”

When it came to choosing a trainer for her horses Lindy took the time to interview and meet with each of the potential trainers on her list. “I had a few options but made the decision to go with Catherine,” noted Lindy, “I spoke with her at the yearling sale and she came out to Northern Dawn to see the horses.  I liked her philosophy on training and how she works with the horses.”

Also in the barn of Catherine Day Phillips for Lindy is: the 2 year old full brother to Blast in The Snow, a colt named Gunned It who is being prepped for his first career work; Three year old filly, One Expensive Day by Reload – One Excessive Night is a half sister to multiple Sovereign Award Champion and 2014 Horse of the Year, Lexie Lou.  Lindy purchased her for $50,000 at the 2019 CTHS Yearling Sale which “explains the name she was given,” laughed Lindy.

“Catherine has a great reputation and has a good history of training successful horses.  She is patient and does what is best for horses.” added Lindy, “Horseracing is not like the old days 30 years ago.  It is a tough industry to make it in.  You have to work hard and have the talent to make it.”