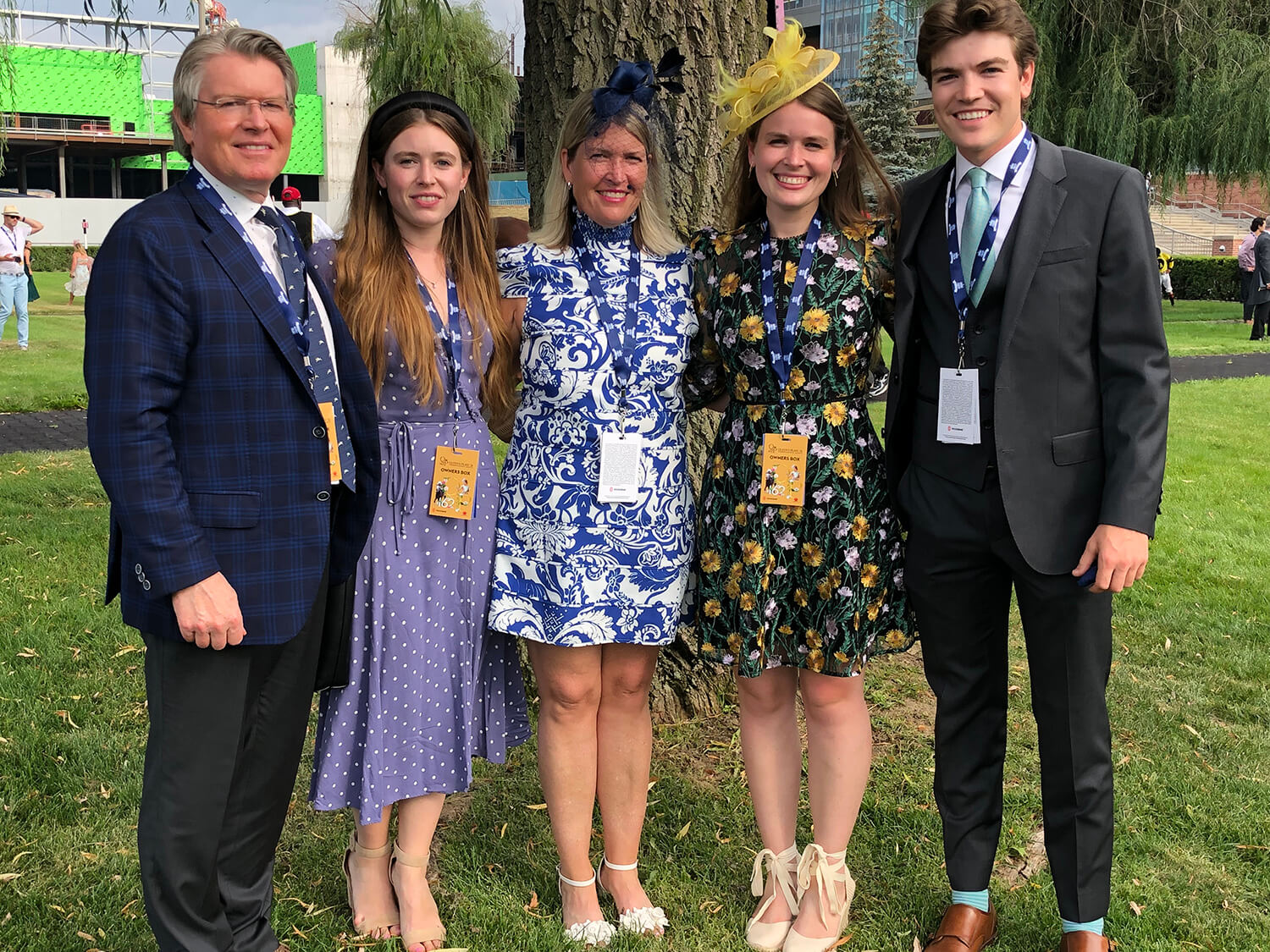 Don Ferguson has recently embarked on what would be deemed, the next generation of ownership, when he partnered with David Anderson’s Anderson Farm Ontario Inc. and William Carr to purchase and race a colt bred by his father Rod.

The partnership formed to purchase Take a Chance, a three-year-old colt by Munnings out of the Rod Ferguson bred and owned mare, Gold Medalist by Medaglia d’Oro.  As with most of the horses bred by his father throughout the years, this colt was sold as a yearling. However when the aptly named Take a Chance came up for auction again in the 2021 Keeneland April Horses of racing age sale, the partnership thought it would be best for his fledgling mare to bring her first foal home to Ontario to showcase his talent locally.

“It made sense to campaign him in Canada where we could have more influence to help prove our young mare.” noted Don, who is partners with his Dad in their most recent breedings.

It didn’t take long for trainer Catherine Day Phillips to get their youngster into the winner’s circle at Woodbine.  Take a Chance was a game second in his first career start at Aqueduct on March 21 before the sale and showed good effort to finish fifth in his Woodbine debut under Catherine on June 20.  The colt didn’t leave anything to chance in his next start taking the field wire to wire on July 11 to win the 1-1/16 mile Maiden Special Weight by 1-3/4 lengths under a drive.

“He’s a big, strong colt and we hope he has a little bit of luck,”  Don said after he shared that the colt would be heading toward this year’s Queen’s Plate.

Don Ferguson was raised around racehorses. His father Rod was heavily involved in breeding and racing in the 1990s with his good friend, the late Bob Anderson.  Don dabbled in ownership himself in the 1990s before stepping back and focusing on his law practice and his family in St. Thomas where he remains very involved in his hometown community.

Investing in real estate and a partner in a successful cash crop farming business with his father and brother, Don and his dad Rod currently own a select number of broodmares.  The Ferguson mares historically and continue to be boarded at Anderson Farm in St. Thomas with David Anderson taking over the successful operation upon the passing of his father Bob in 2010.

Don and David are longtime friends both growing up under the friendship of their fathers and their racehorse interests and partnerships.  This next generation partnership has also secured, by private purchase, the Anderson Farm Ontario Inc.-bred 3 year-old  filly, Cielo d’Oro by Sky Mesa, the first foal to race for Anderson’s young mare Heartofthematter, by Medaglia d’Oro.  The filly has just arrived at Woodbine in the hope of improving her race performance under Catherine Day Phillips’s careful guidance.

“I have a great rapport with David Anderson and Catherine is a skilled trainer who is one of the best to bring along our runners and support our interest as breeders to showcase our mares,” said Don noting that a full brother to Take a Chance was born this year and a half-sister (by Street Sense) will be up for auction in the 2021 Keeneland Yearling September sale. “I find Catherine to be hands-on, attentive and knows her horses while putting the health and welfare of the animals first.”

Don’s daughter, Delaney, and son, Jack, have also shown great interest in the breeding and pedigree side of the business.  “They know the mares and stallions and both have a good eye for horses,” boasts Don whose wife Maureen and their youngest daughter Annie (attending Medical school in Scotland) also enjoy attending the races.

“I spend most of my day pushing paper so I am enjoying getting back into the racing aspect of the horses,” Don reflected, “Catherine has a great rapport with owners and is a wonderful communicator.  I know our horses are in good hands.”