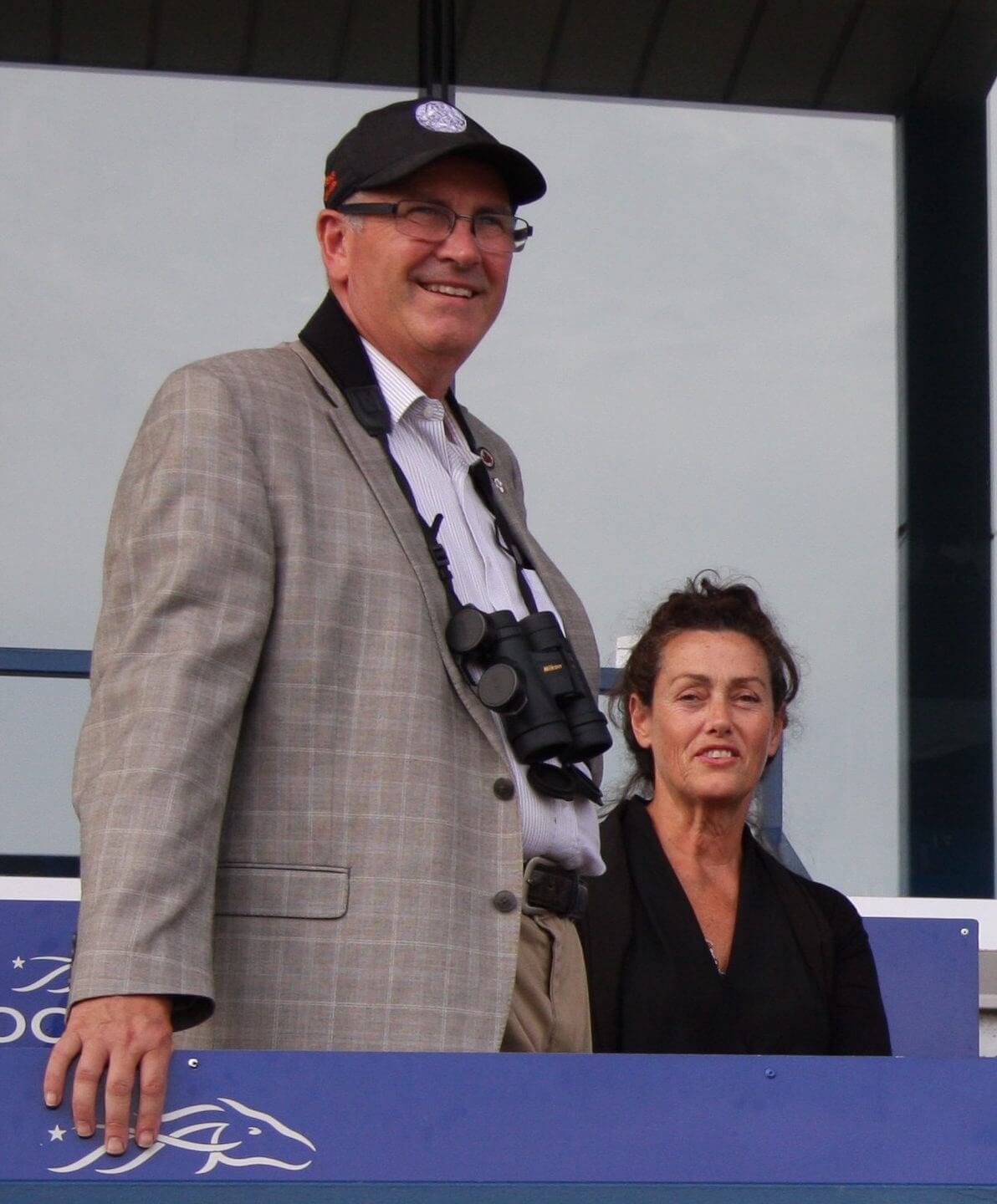 Simply for the fun of it was the explanation behind the circumstance.

An Anderson Farms bred filly in Bernard and Karen McCormack’s Cara Bloodstock consignment did not sell and seeing as the successful commercial breeders were no longer saddled with tuition fees for their kids, they said yes to the opportunity to partner with David Anderson and thus become horse owners.

Selling at nine public auctions in Canada and the United States each year, Cara Bloodstock is a busy agency and the largest grossing agency in Canada. Besides consigning as agent for long-time and various other clients, the McCormacks also keep 10 choice mares of their own on their 100 acre Mapleshade Farm in Janetville, Ontario. A private operation, they raise their Thoroughbred babies for market and will keep for racing any filly that does not sell for market value.

While partnering on a racehorse was not the plan, the McCormacks are enjoying the extended fun associated with owning a racehorse. Watching the horse train in the morning and cheering down the stretch, Bernard and Karen admittedly didn’t know about the fun part until they got there.

“Karen and I had sold horses and even given some away rather than race.” Bernard admitted, “but now with no parental responsibilities, having pieces of a few horses seemed like fun.”

Bernard believes that horses find you and such was the case with the David Anderson partnership with Koji Kondo, the filly that did not sell. Bernard noted that the partnership route allows one hundred percent of the fun and only twenty-five or fifty percent of the bills and you don’t cheer any less for your horse at the eighth pole.

Trained by Catherine Day Phillips, Koji Kondo, named after the Nintendo video game music composer by the McCormack’s son Connor, recently broke her maiden in her second start after finishing second in her debut race this year.

Koji Kondo racing and winning with Cara Bloodstock’s orange and black silks was a proud moment for Bernard and Karen as those colours represent 93 years of McCormack family history. Noting how visible the orange and black road signs were in Ireland, Bernard’s grandfather registered the same colours for his racing silks wanting his horses to stand out on the many misty, rainy days in Ireland. Both Bernard’s late grandfather and father, Tom McCormack, a respected turf writer, won many Stakes and Graded Stakes in those colours.  “It meant a lot to me to see her win in those colours.”

“I greatly admire Catherine. She has the horses well prepared and well placed to win. Her staff is amazing and all of the owners support each other which is directly attributed to Catherine. This is a tough business and we all know it and winning races is nothing but fun. Catherine has a high win percentage and runs the horses in the right spots. I recommend that anyone getting into ownership should let someone who is an expert in their craft guide them. Fate brought me into the stable and will keep me there.” ~ Bernard McCormack, Cara Bloodstock

And as fate would have it Bernard and Karen have now formed another racing partnership this time with Doug Anderson and a new owner on their 2015 bay filly by Artie Schiller – Mehndi which did not sell in the latest Canadian Premier Yearling Sale. The yet to be named filly will begin training next year with Catherine Day Phillips at Woodbine.