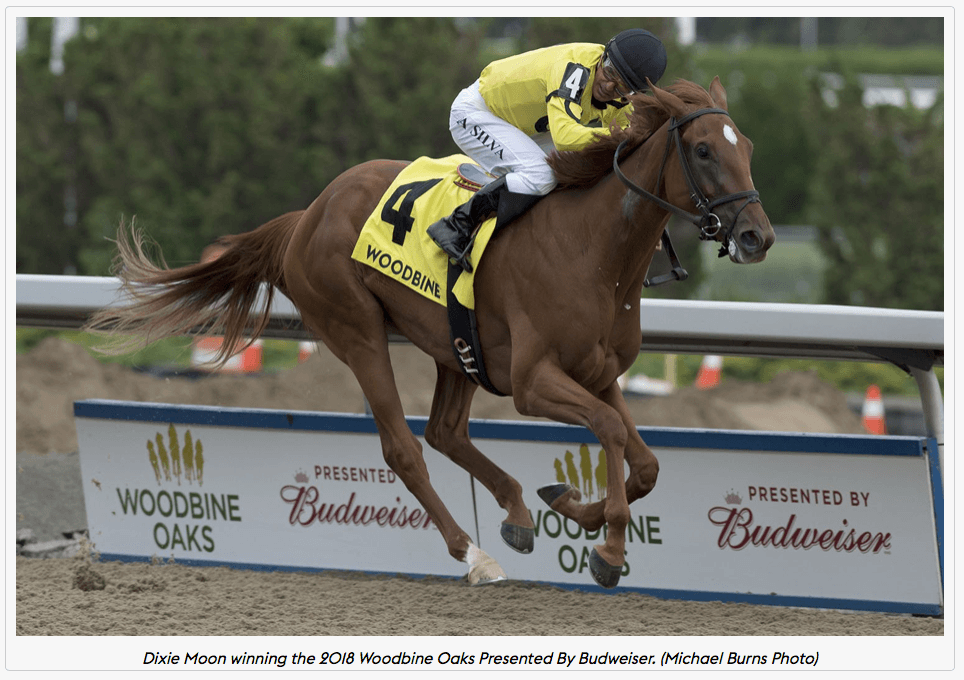 This week, we check in with trainer Catherine Day Phillips. While Day Phillips had a quiet week on the track last week, her horses are beginning to ramp up at Palm Meadows Training Center in Boynton Beach, Florida. Among those are Mr Havercamp and Dixie Moon, who both were named finalists in two separate categories for the 2018 Sovereign Awards. Mr Havercamp was named a finalist in the Older Male and Turf Male divisions, while Dixie Moon was named a finalist in the Three-year-old Filly and Turf Female divisions.

Another Day Phillips horse to watch in Florida this winter is Artilena, who has also made her way to Palm Meadows recently following some time on the farm in Ocala. Artilena was a dominant 11-length winner in her second career start on the Tapeta at Woodbine back in August and capped her campaign off with a win in the Ontario Lassie Stakes. She’ll be looking to give Day Phillips her second consecutive Woodbine Oaks win and third win in the last four years.

“She just came down from Ocala and she’s been tremendous over the winter,” Day Phillips said. “She’s put on some weight and grown up quite a bit. I’m really happy with her.”

The Day Phillips stable is spread out across Palm Meadows and farms in both Ocala and in Toronto this winter. Day Phillips said she had 10 horses with her at Palm Meadows and five on the farm in Ocala, with another 26 back in Toronto. Those horses are in light training on the farm now and will likely be ready to ship into Woodbine when the backstretch opens on February 25.