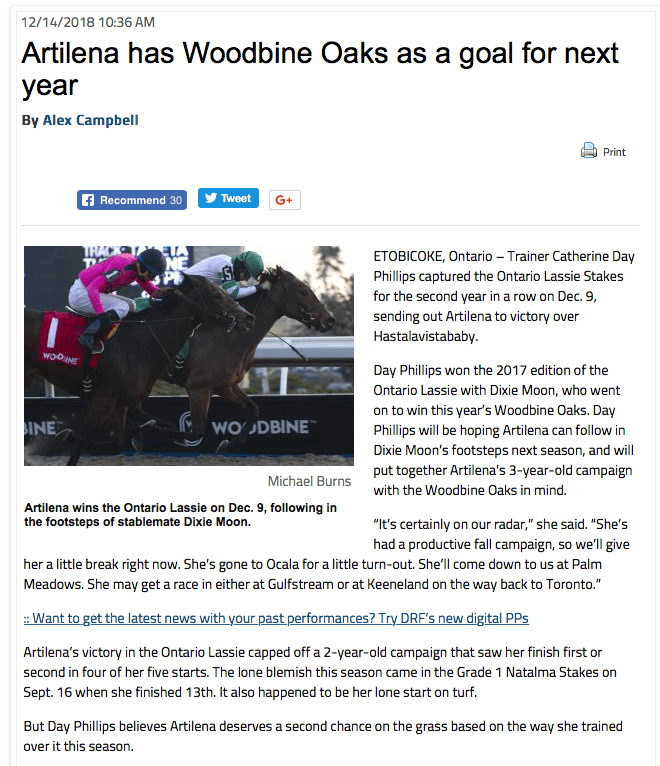 Artilena has Woodbine Oaks as a goal for next year

ETOBICOKE, Ontario – Trainer Catherine Day Phillips captured the Ontario Lassie Stakes for the second year in a row on Dec. 9, sending out Artilena to victory over Hastalavistababy.

Day Phillips won the 2017 edition of the Ontario Lassie with Dixie Moon, who went on to win this year’s Woodbine Oaks. Day Phillips will be hoping Artilena can follow in Dixie Moon’s footsteps next season, and will put together Artilena’s 3-year-old campaign with the Woodbine Oaks in mind.

“It’s certainly on our radar,” she said. “She’s had a productive fall campaign, so we’ll give her a little break right now. She’s gone to Ocala for a little turn-out. She’ll come down to us at Palm Meadows. She may get a race in either at Gulfstream or at Keeneland on the way back to Toronto.”