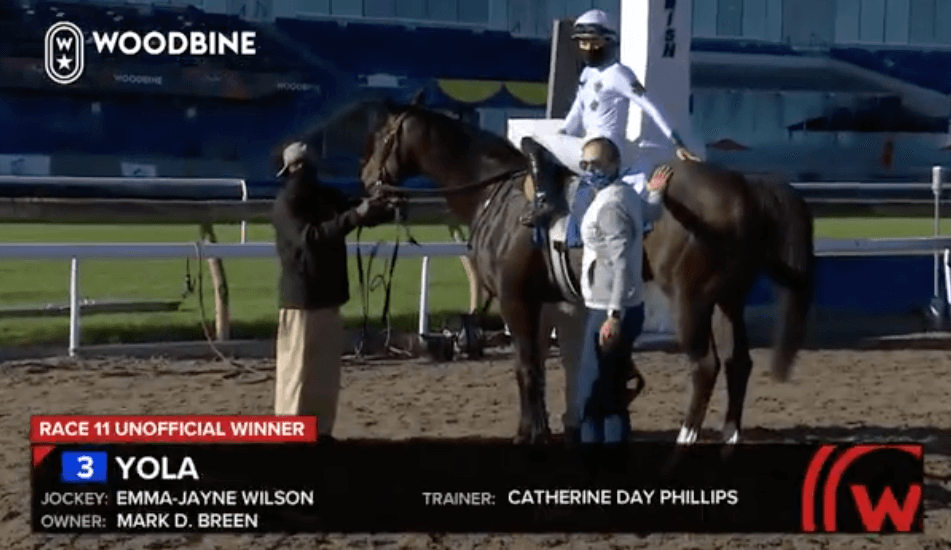 After a seven week delay to the start of racing at Woodbine, Trainer Catherine Day Phillips has recorded her first win of the 2020 season with three year-old gelding Yola in the eleventh and final race on the fourth day of meet.

In front of a spectator-less grandstand, Yola took the lead going four wide on the turn for home in the six furlong race on the Tapeta and held off a late charge to win by a head in the $64,300 Maiden Optional Claiming for three year-olds and up.

The Ontario-bred son of Society’s Chairman – Catinatree, by Foresty is owned by Mark Breen and was skillfully ridden to victory by Jockey Emma-Jayne Wilson.