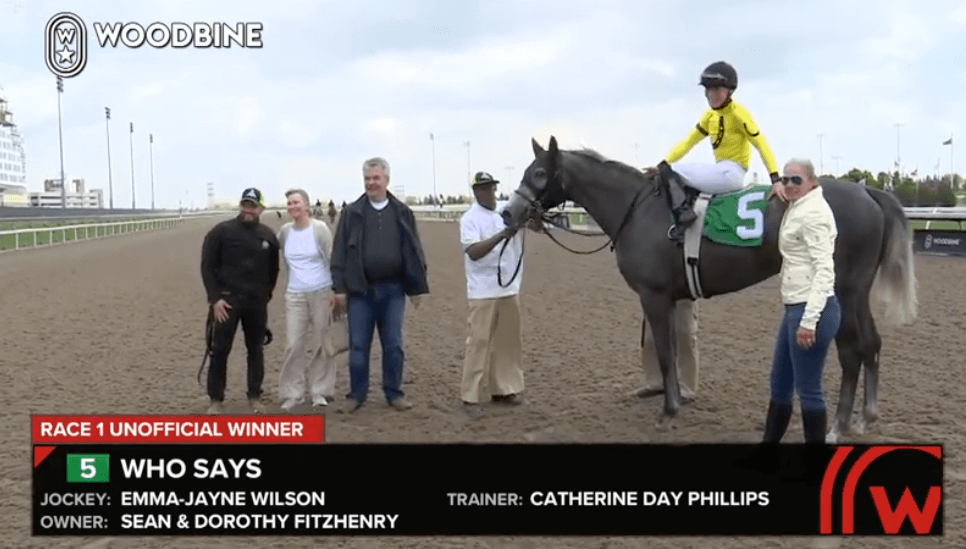 Who Says Would Not be Denied

Sean and Dorothy Fitzhenry’s homebred filly, Who Says, would not be denied the win in the first race at Woodbine.

The four year-old grey/roan filly by Quality Road – Queen Caribees, by Cozzene, took the lead early in the 1-1/16 mile, $64,300, Maiden Optional Claiming race with Jockey Emma-Jayne Wilson angling from the outside post to settle along the rail in front.

Who Says kept a comfortable pace until challenged on the turn for home when she found another gear under pressure from the field.  The determined filly kept her nose in front at the wire to break her maiden in what was her seventh career start.

Who Says provided the third win of the year for trainer Catherine Day Phillips who has also has a second and three thirds so far this year.