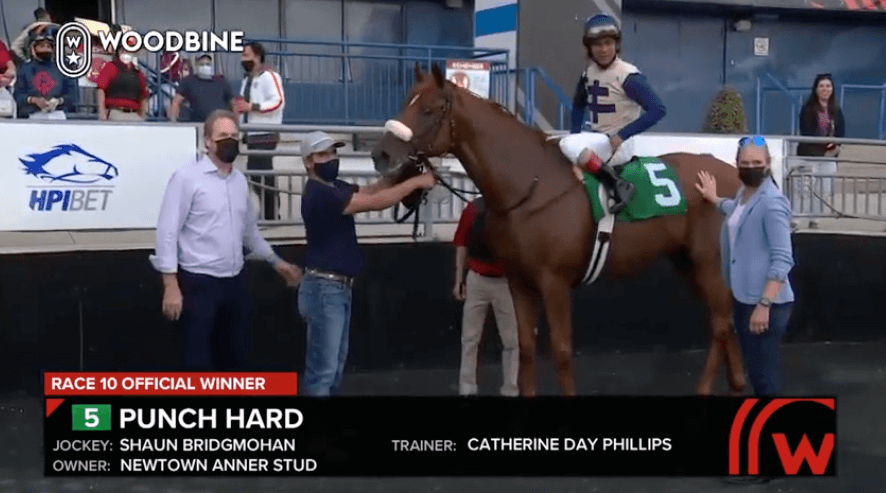 Punch Hard would not be denied the win

Coming off of a lacklustre Woodbine debut early this month, Punch Hard showed true determination in his maiden breaking win in the 10th race today at Woodbine, giving trainer Catherine Day Phillips her second win of the day.

Competing for the Maiden Allowance purse of $123,200 going 1-1/8 miles on the Tapeta, Punch Hard drove for the lead out of the gate under jockey Shaun Bridgmohan. Despite relinquishing the lead slightly on the final turn, the 4 year-old Hard Spun gelding out of Indy Punches, by Pulling Punches, did not deny owner/breeder Newtown Anner Stud the win, pulling away in the stretch to cross the wire 3/4 of a length in front.

This was the fourth career start for Punch Hard who came to Woodbine after a long layoff between his first career efforts in the Spring of 2020.