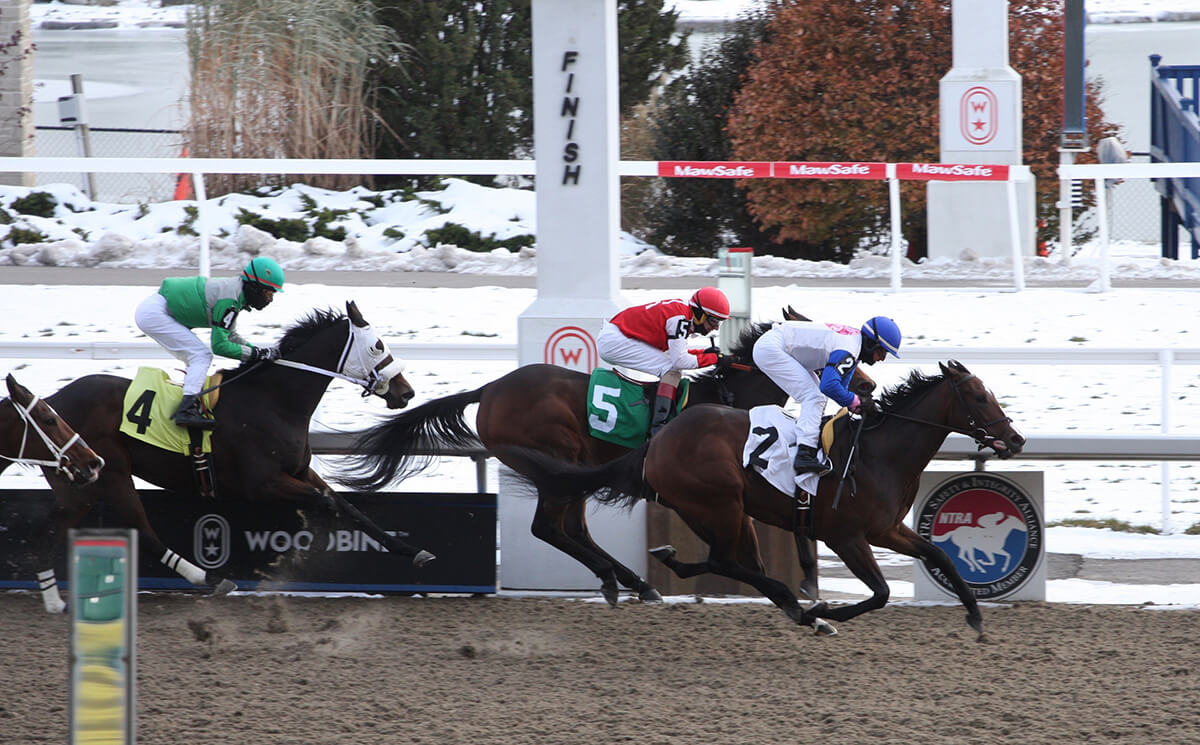 Mustn’t Grumble up in time for the win

Two year-old filly Mustn’t Grumble showed her class in a decisive effort to win the fifth race today at Woodbine.

Tucked in along the rail, Mustn’t Grumble, burst through traffic on the turn and got up in time to catch the front runner in the 5 furlong $71,000 Maiden Allowance.

Owned by All My Hart Racing, Inc., Mustn’t Grumble was coming off of a gusty debut effort on October 26 when she finished second after leading for most of the 6 furlong race.

Trained by Catherine Day Phillips, the filly by Competitive Edge out of Juanita Señorita was ridden to victory by jockey Eurico Rosa da Silva.