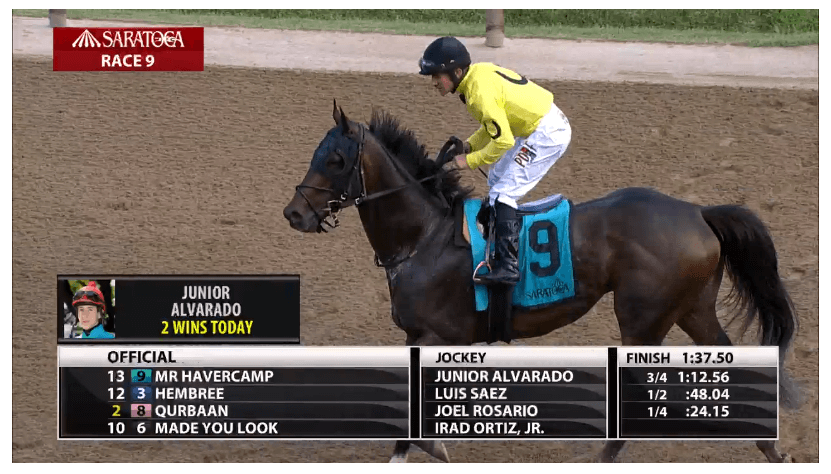 Coming off of a championship season in 2018, Mr. Havercamp shined in his 2019 debut by winning the $150,000 G3 Forbidden Apple Stakes today at Saratoga Race Course.

Bred and owned by Sean and Dorothy Fitzhenry, the now 5 year old Ontario bred gelding by Court Vision – Tennessee Lamb sat third on the outside for most of the 1 mile race on the yielding inner turf course.  With Jockey Junior Alvarado in the irons, the pair made a move on the turn for home, taking the lead at the  sixteenth pole and fending off a couple of late charges to win by a 1/2 length at the wire.

Trained by Catherine Day Phillips, this was Mr. Havercamp’s eighth career win in 13 starts and he now has earnings of more than $700,000.