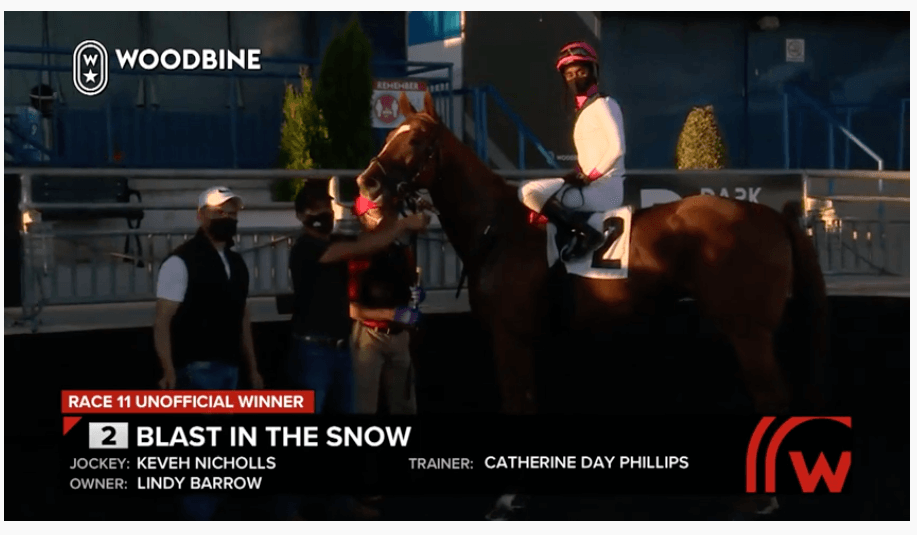 Blast in the Snow an Impressive Winner

Coming off a third place effort in a $40,000 maiden optional claiming on August 28 at Woodbine, Blast in the Snow, made his next try a winning one running a mile and a sixteenth at the same conditions today’s last race at Woodbine.

Bred and owned by Lindy Barrow, Blast in the Snow is by Reload out Lindy’s mare Dance in the Snow, by Seeking the Gold.  This was actually the second time the three-year-old Ontario-sired, Ontario-bred crossed the wire first however he was relegated to second in his first career start for drifting paths in the stretch.

Trained by Catherine Day Phillips, Blast in the Snow stalked the early pace in fourth keeping his sights on the leaders. He made a dramatic move on the final turn to blast to the front and hold off late charges to win by 1-1/4 lengths under the ride of jockey Keveh Nicholls.

Blast in the Snow now has a win, a second and a third in his four career starts this season at Woodbine.