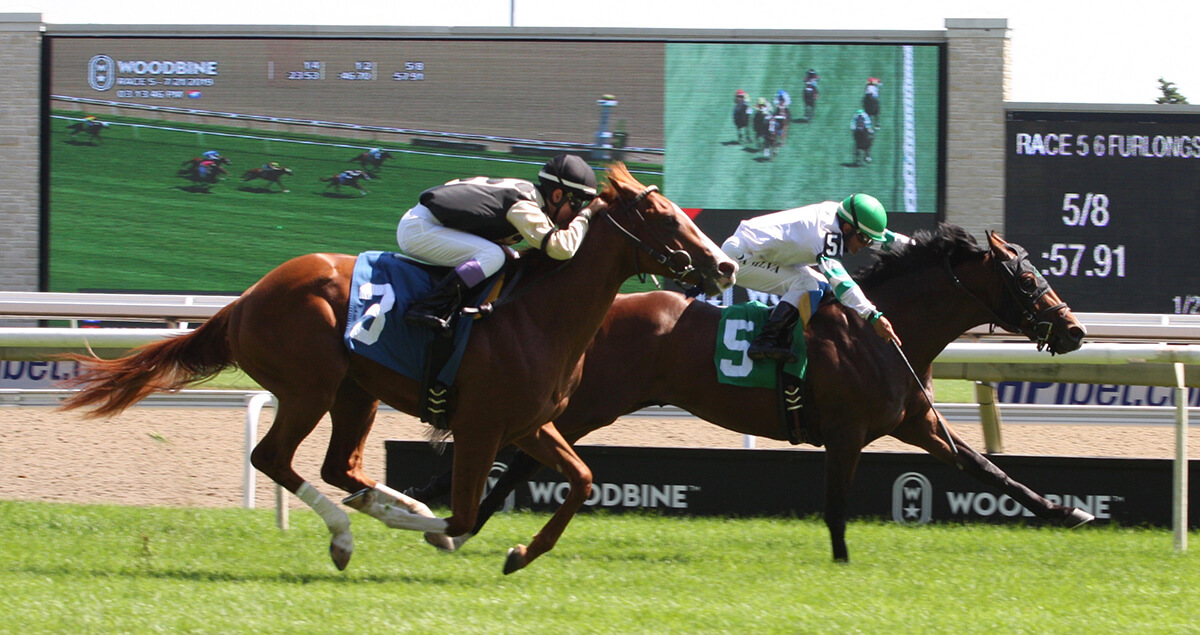 Sent off as second favourite in the fifth race on Sunday at Woodbine, Barilko  delivered on his odds finishing a neck in front of a late closer at the wire to win the $71,000 Maiden Allowance in his debut.

A smart looking 2-year-old colt by Elusive Quality out of Reason, by Quiet American, he took the lead at the half way point in the 6 furlong sprint on the E.P. Taylor Turf Course.