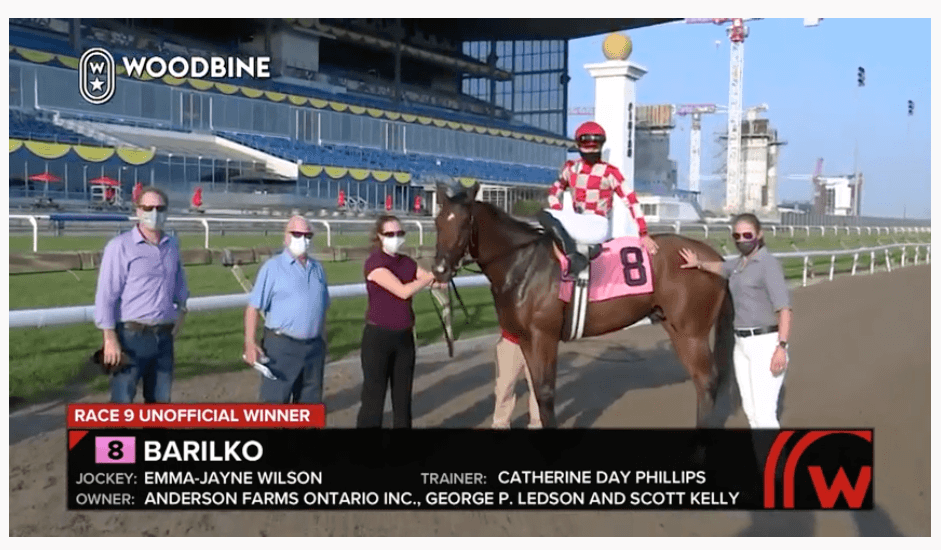 A front running win for Barilko

The 6-1/2 furlong $49,700, $25,000 Claiming race on the turf was the first win in his four tries this season after previously competing in Allowance and Stakes company.

Barilko, who broke his maiden in his first start last year, held off the late challengers down the stretch to win by 1-1/2 lengths going away with jockey Emma-Jayne Wilson in the irons.

Barilko was bred in Ontario by Anderson Farms Ontario Inc. and Godolphin.